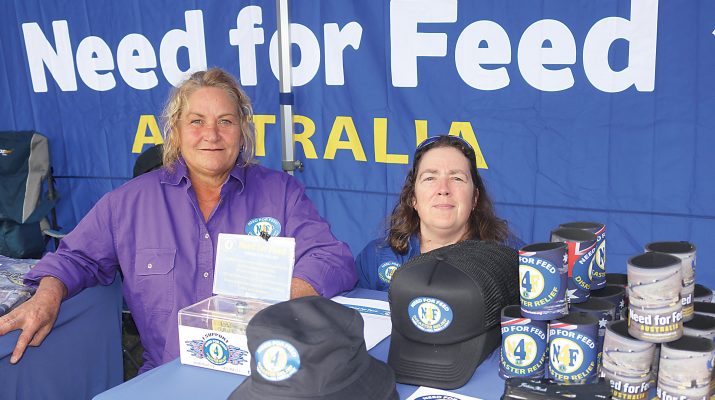 Once drought and fire-affected Gippsland farmers have been paying it forward by donating hay to flood devastated properties in northern New South Wales and Queensland.

Rural charity Need for Feed has been sending truckloads upon truckloads of hay and hamper donations through some of the most hard-hit communities inundated by last month’s floods.

The Lions Club-run project had been accepting fodder donations from Gippsland farmers who were recently on the receiving end during droughts that wracked the district a couple years ago.

Need for Feed Australia was at Farm World last month calling for donations to help raise $250,000 to be used as small business grants for flooded northern neighbours.

Need for Feed would then seek for the funding to be matched by sponsors and government support, with the grants to be handed-out via a voucher program for eligible recipients.

Need for Feed Australia hay-run co-ordinator Kelly Laffan said she had seen the devastation herself in Lismore on a hay run earlier last month.

“It was shocking. You see people’s personal effects and appliances on front lawns. People are just carrying on and getting the job done, they have to do, what they have to do,” Ms Laffan said.

“Farmers had lost herds, or were putting cattle on higher ground. There were a few tears, you can sit and watch the news, but to see it yourself was an eye opener, it shocks you.”
Ms Laffan said the charity sent 23 trucks up north over the Victorian Labour Day long weekend, with drivers volunteering their vehicles and time, and in some cases diesel.

Need for Feed is now figuring out logistics of getting donated fodder from Tasmania to the mainland to prepare for another hay run on the Anzac Day long weekend.

Ms Laffan said they had received a lot of hay out of East Gippsland on the back of good rainfall, particularly after communities were ravaged by fire at the start of 2020.

“They’ve had a proper season for hay, and this is fantastic they are in the position to pay it forward,” she said.

“They’ve received help and were grateful to back and on their feet and help others out in another disaster no one can control.”