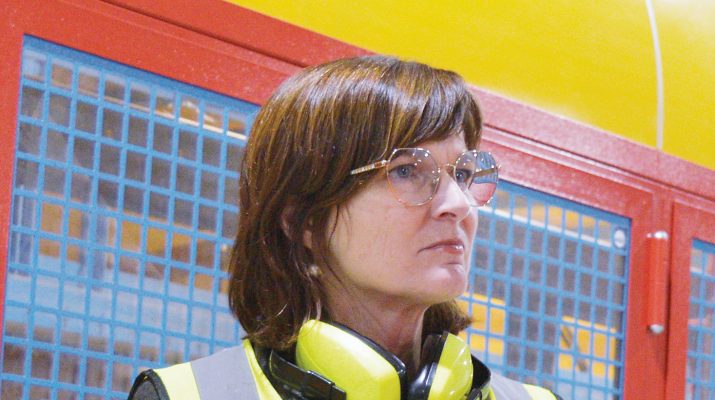 Animal activists will now cop some of Australia’s heftiest on-the-spot fines for trespassing on farms with new laws that passed through Victoria’s Parliament last month.

The Animal Activism Act includes on-the-spot fines of more than $1270 for an individual and $8170 for an
organisation.

Further penalties of up nearly $11,000 for an individual and up to $54,500 for an organisation could apply for more serious offending.

Agriculture Minister Mary-Anne Thomas said the new fines will be the “toughest in the nation”.

“Farmers and workers in the agricultural industry should be able to do their work without fear of being targeted by animal activists,” Ms Thomas said.

“This sort of activity is highly distressing for farming families and puts the biosecurity and safety of animals at risk. “We are backing our hard-working farmers because they are critical to keeping food on our tables and supporting local jobs in regional and rural communities across Victoria.”

The Act recognises the biosecurity risks from animal activists entering farms and includes a biosecurity management plan requiring consent before anyone can access their property.

But in order for the on-the-spot fines to be applicable, farmers will need to implement a biosecurity management plan.

The new laws were sparked the findings of a Parliamentary Inquiry into the Impact of Animal Rights Activism on Victorian Agriculture, which recommended fines and biosecurity measures for farmers.

It comes after radical vegan activists stole livestock from the Gippy Goat in Yarragon three years ago, causing the owner John Gommans to close his farm café.

Activists who faced court over the incident were fined one dollar for breaking biosecurity laws.

Mr Gommans was backing the harsher penalties, hoping it would act as a deterrent, but feared the legislation did not go far enough to protect farmers’ right to conduct business without harassment. “There is no protection for the farmer and their property where no significant biosecurity breach is proven,” Mr Gommans said.

“By focusing solely on the biosecurity it becomes the farmers’ responsibility to prove that the activists have caused damage to the farm and the farmer.”

The government said it consulted with park farming bodies and animal welfare organisations and further engagement will take place while the regulations are finalised.

The Victorian Farmers Federation (VFF) welcomed the new laws after helping to get the Inquiry off the ground in 2018.

VFF president Emma Germano said this was at a time where there was a spate of “unacceptable situation where animal activists were getting off virtually scot-free”.

“This is a big step in providing better protection for farmers from law-breaking animal activists,” Ms Germano said.

The Nationals had been pushing to double the fines to $21,800 for an individual in an amendment that was rejected in the Upper House. Shadow Agriculture Minister Peter Walsh accused the state government of “abandoning” Victorian farmers.

“Doubling the maximum fine would have sent a strong message to anyone considering trespassing on a farmer’s private property that Victoria won’t tolerate illegal farm invasions,” Mr Walsh said.

“Farms are the family home, they’re a sanctuary for the people who live and work on them but these fines could have been much stronger to deter militant activities of law-breaking activists.”