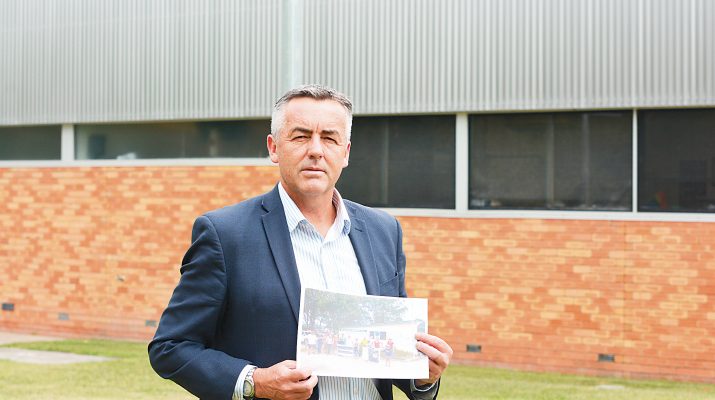 FEDERAL Member for Gippsland Darren Chester has backed three bushfire-affected communities whose application for funding was rejected by the federal government.

His advocacy comes after volunteer-based committees in Sarsfield, Wairewa and Ensay were denied access to the Black Summer Bushfire Recovery fund because they were considered a “state government entity”.

Mr Chester was made aware of the situation on Monday, February 14 when the final list of grants was published.

“There had been three projects that had been deemed ineligible by virtue of their Australian Business Number identifying them as a state government entity,” Mr Chester said.

“I flagged with the Minister’s office that they had a problem – that they hadn’t actually assessed these individual projects.

“So I asked the Minister’s office then to revisit those three projects to see whether they could at least be assessed, and I’ve written formally making that request.”

The federal government’s business.gov.au website states that organisations are not able to apply for the program if they are a “Commonwealth or state government agency or body”.

Mr Chester said that none of the groups involved considered themselves to be state government agencies or bodies.

“They’re committee-of-management volunteers managing Crown land, so none of them thought they’d fallen foul of that description, and they had no contact from the grants hub, which processes the grants … indicating that they were ineligible,” Mr Chester said.

“So they basically wasted three to four months of their lives thinking they were still a chance to get a grant and in fact they’d been ruled ineligible, by what I’d regard as a technicality rather than an actual, legitimate reason.

One of the communities to seek Mr Chester’s assistance in the matter was Sarsfield, which raised the issue with his office. Sarsfield was heavily impacted by the 2019/20 Black Summer bushfires, with 200 properties damaged and 80 homes lost to the disaster.

Sarsfield Community Association president Simon Hof said that the people of Sarsfield were devastated with the decision.

Residents were hoping to use the grant money to rebuild the Ian Haggar Community Hall.

“Our hall was cobbled together 60 years ago from a second-hand caravan park kiosk and a school shelter shed,” Mr Hof said.

“We’ve kept it going, but the foundations are now crumbling and the beams in the ceiling are sagging.

“The toilets are across the gravel carpark and have no disabled facilities, which makes it extremely difficult for our elderly fire-impacted residents, particularly at night.”

Volunteers manage the hall, which sits on Crown land, as a committee-of-management.

“In rural areas, local halls and recreation reserves are either under council management or under the management of the Department of Environment, Land, Water and Planning,” Mr Hof said.

“From a community point of view, there’s almost no difference, and most rural people wouldn’t know if their local football oval or hall was council or DELWP managed.

“They just appreciate that these assets are maintained by a small group of hardworking volunteers made up of local community members donating their time and energies.”

Funding for the hall is necessary because there are no other communal spaces for local residents.

“We don’t even have a pub in Sarsfield, or a school or any other type of public building, so the local hall is the only place we can gather, and it’s incredibly important to our rural community,” Mr Hof said.

Mr Chester has heavily criticised his own government’s handling of the situation.

In a media release, he urged the government to intervene immediately and fix a “farcical situation.”

“To rule community not-for-profit groups ineligible to receive funding for a grant because they happen to manage a parcel of land which is owned by the state government demonstrates a complete lack of understanding of regional communities,” Mr Chester wrote.

“It also reeks of a lack of emotional intelligence and a blind adherence to bureaucracy at the expense of common sense to exclude projects from further consideration without bothering to check with the hard working volunteer groups, which were the project proponents.”

Speaking to Gippsland Farmer, Mr Chester said that he stands by those claims.

“Volunteers are being ruled out on a technicality, and their application for their project not even being assessed for merit.

“There’s been no assessment of the Sarsfield, Wairewa and Ensay projects to suggest whether they were any good or not, they’re being ruled out on a bureaucratic stroke of a pen.”

Mr Chester has written to Emergency Management Minister, Bridget McKenzie regarding the funding issue, but at the time of printing had yet to receive a reply.

Gippsland Farmer contacted the office of Senator McKenzie for comment.