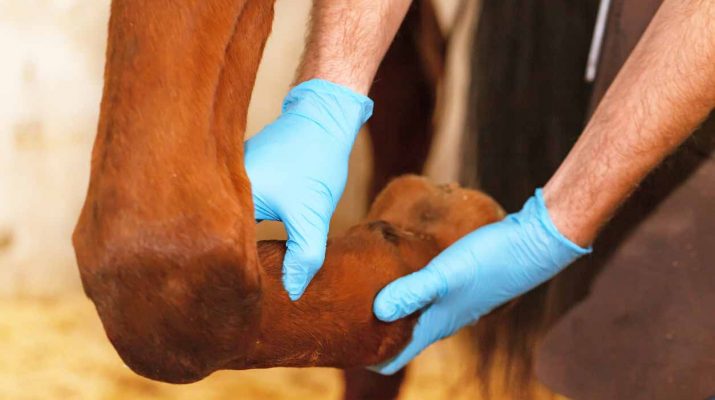 RSPCA Victoria inspectors have removed seven emaciated horses, two ponies and a donkey from a property in Gippsland.

The rescue was part of a larger investigation that involved multiple horses and donkeys from numerous properties in the area.

All 10 animals, including a foal, were found in very poor condition and two additional horses were euthanised on site due to the severity of their condition.  The remaining equines were being cared for by RSPCA Victoria and given ongoing vet checks.

RSPCA Victoria had already received 800 cruelty reports relating to 5000 horses since January this year and was expecting 2018/19 to show the highest number of equine reports on record.  About 67 per cent of all horse reports related to underweight animals, insufficient feed or water.

RSPCA Victoria head of inspectorate Terry Ness said he held significant concerns about horse welfare in Victoria. “While it was imperative we intervene and remove the animals from this property, ideally we would like to avoid this type of situation entirely,” Mr Ness said.

He said the animal welfare organisation was investigating several equine-related cases around the state, including the conduct of saleyards.  “Drought conditions have caused the price of feed to rise substantially and we are receiving a devastating number of reports about horses suffering and in extremely poor condition,” Mr Ness said.

“As we transition into winter, the situation will only worsen. Feed prices are expected to remain high which will add pressure to those owners already struggling to properly care for horses and ponies.  “We urge horse and pony owners to prepare now with considered planning which may involve reducing the number of animals in their care.”

RSPCA Victoria is asking all horse owners to consider stocking up on feed and other essentials to ensure animals have sufficient food, water, and access to shelter through winter.

Alternatively, they may consider destocking or to seek vet advice.  Anyone who has concerns about animal welfare can call RSPCA Victoria on 9224 2222 or at RSPCA Victoria