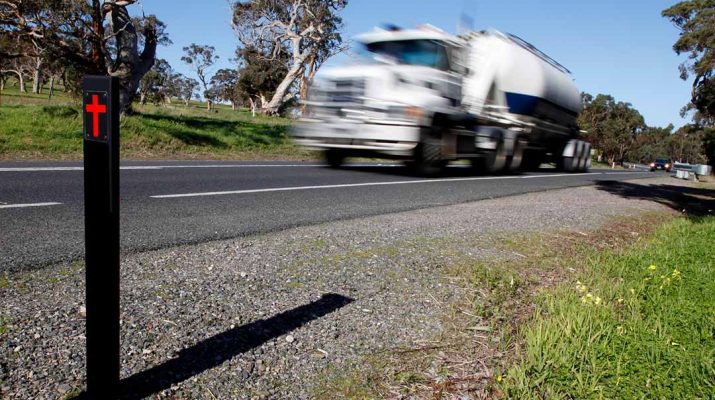 WORKSAFE is urging transport companies to ensure the safety of their workers after a spate of truck industry deaths in the state this year, including two in Gippsland.

It comes after a 29-year-old diesel mechanic died after he was run over while working underneath a B-double trailer in Werribee South earlier last month.

This was the ninth workplace fatality involving loading, unloading or working around trucks in the past 12 months and the fifth this year.

A 55-year-old Cowarr worker died in July after he was crushed between a tip truck and front end loader while unloading grain pellets at a property.

A 60-year-old driver died in hospital in January after suffering severe head injuries when he fell from the top of a truck at a grain depot in Maffra.

“Whether trucks are making deliveries to a construction site, on a farm, or manoeuvring around a depot, wherever trucks are operating employers must take all reasonable steps to maintain a safe workplace,” Dr Beer said.

“The risks of becoming trapped, being crushed or falling from heights need to be taken very seriously.

“We’ve also seen a number of incidents where workplaces did not have adequate traffic management plans in place to reduce the risks from moving trucks, plant or nearby traffic, resulting in serious injuries.”

Dr Beer warned that WorkSafe would not hesitate to prosecute employers that failed to provide a safe workplace, and penalties included significant fines, and potentially jail.

Concrete manufacturer Dandy Premix Concrete was convicted and fined $120,000 in May after a worker was run over by a truck and seriously injured at its Pakenham plant in 2018.

WorkSafe has been targeting heavy vehicles in all industries.

Inspectors have been visiting workplaces focusing on loading and unloading, preventing falls from vehicles, objects falling, vehicle roll-aways and being hit by other vehicles, forklifts or animals.