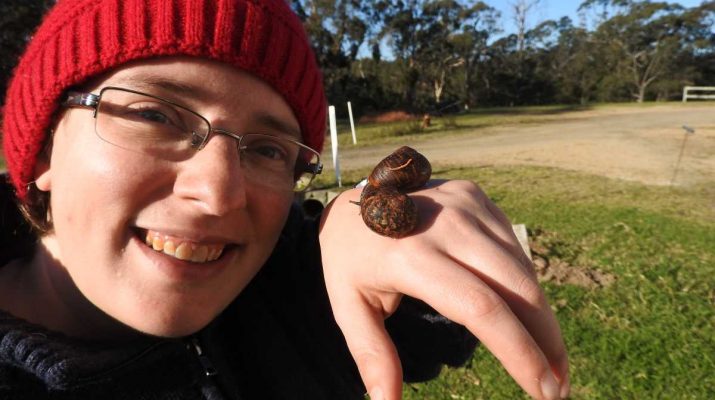 A LAKES Entrance start-up is harvesting the laying power of snails to create an Australian-first product for the export market and high-end Restaurants.

Entrepreneurs Sara Bailey and Cheryl Jakobi came up with the idea for escargot caviar while researching how snails are used in Australia and overseas.

“We thought snails sounded cool as they are interesting, different and they entertain tourists. We didn’t want to eat the snails. We wanted to find a way to use them without killing them,” Ms Jakobi said.

The business pair began in May last year and aim for their farm to create local jobs for the longterm unemployed and people from disadvantaged backgrounds.

They also hope to hold farm tours and open a tourist café that will offer hospitality training for local jobseekers, and have just opened a community off leash dog park as part of a not-for-profit initiative.

Ms Jakobi said they were using a species of European garden snail that is popular on international menus.

She said the snails laid between 50 and 120 eggs – or four grams – per clutch in dirt in indoor nest boxes and were fed a specially developed diet to promote growth.

“The eggs have a mild flavour and are used more as a garnish, something to make entrees stand out, as you don’t need many of them,” Ms Jakobi said.

“We are the only ones in Australia doing this, so the very high-end restaurants will love it but we are still very much in development.”

Ms Jakobi said they had a working herd of 100 layers, but this will be scaled-up as the products and the business were developed.

“Everything is new to us at the moment. We are still developing the company story and the product. Then we will grow as quickly as possible,” she said.