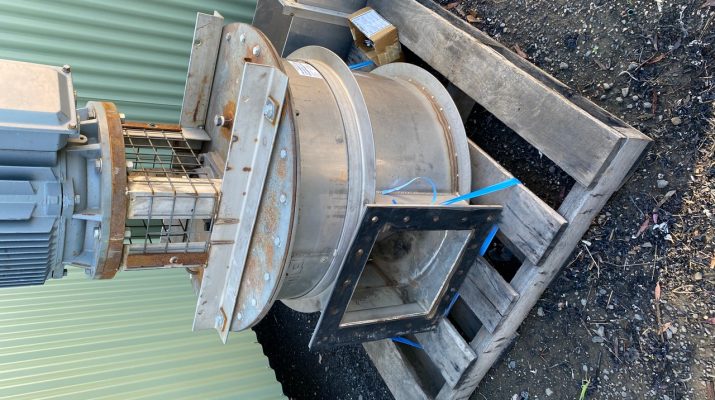 FIELD testing of a locally invented water turbine electricity generator will be trialled in the next few weeks near Maffra.
First conceived almost a decade ago, with many variations experimented in open waters, the latest fully encased model designed to be inserted in pipelines has been built by Firmins Lane Engineering, Morwell, a company involved in producing components for the Snowy Mountains hydro-electricity scheme.
The model to be field tested on a Maffra district farm within the next few weeks is being fitted on site by Maffra Poly and Pumps, Maffra, a company specialising in farm irrigation systems.
Maffra Poly and Pumps company director Damian Hall said the turbine would be inserted in an irrigation pipeline fed from a bore pump, with power generated returned to the bore pump.
“It is anticipated all will be ready for the first trial probable in November,” Mr Hall said.
The inventor said that the turbine’s key was its gearbox and blade system, optimal efficiency achieved by tilting of blades
during the rotating cycle, make it also especially adaptable for low velocity water such as tidal flows, rivers and streams.
“Simply put, the turbines maximise optimal efficiency with no environmental impact, early tests showing they out-performed both solar and wind powered generators,” Firmins Lane engineering general manager Rick Garrett said.
“We are pleased that manufacturing of the latest enclosed unit with its complex gearing has been entrusted to us largely through our depth of expertise, knowledge and understanding of hydro power.
“This sealed unit can be inserted in any pressured pipeline as a single unit or in multiples.”