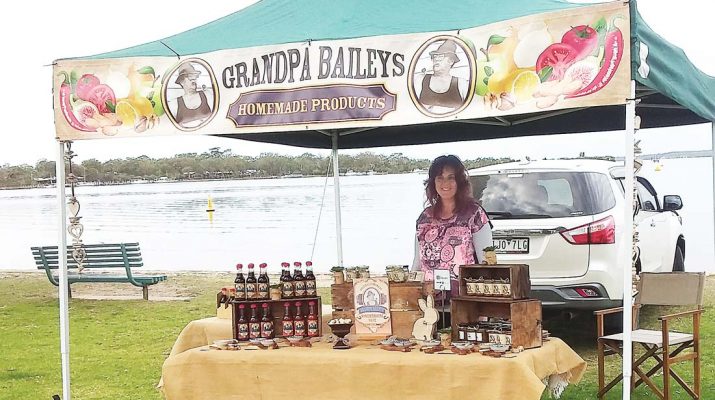 Local jam and chutney makers are being stymied by COVID supply chain shortages as glass jars and lids are becoming hot property, with demand outstripping supplies.

Bairnsdale not-for-profit Banksia Fine Foods is struggling to source enough jars for its oils, sauce, jam and chutney range as orders are taking longer to fill and deliveries are being delayed.

Sales coordinator Christie Seear said they were evaluating what the shortages could mean for the business, which could impact production and certain products getting out to customers.

Ms Seear said they were ordering jars from a Melbourne supplier, but orders were being backlogged due to staff shortages or import delays.

She said they sourced most of their fresh ingredients locally, which so far had not been a problem, however there had been further delays procuring imported spices.

“People are double ordering as they are afraid they will miss out, but this also leaves less for others. We won’t be able to make some lines if we can’t get jars,” Ms Seear said.

“This may impact some café menus that use our ingredients. We are putting plans in place to see how we can adjust to things. We are trying to do the best we can.”

Bairnsdale-based sauce maker Grandpa Baileys has also found the situation had worsened in the past month with glass bottles and jars becoming harder to import.

Grandpa Baileys owner Carolyn Richards said she either had to over-capitalise by ordering a pallet, or wait a month for a smaller order to come in.

Ms Richards said the situation highlighted the importance of local manufacturing and the need to make more glass jars and bottles in Australia.

“If we can’t get jars it means we can’t make a particular product, I tell people there are delays with suppliers. In the past two months it’s been harder to get smaller quantities,” she said.

“I’ve been trying to keep an open mind and I’m thinking about how to move away from glass to fully recycled materials and find alternative packaging.”

It comes as major supermarket shoppers faced empty shelves as the duopolies were hit with supply disruptions through distribution centres due staff being down with COVID.

Lucke’s Fresh Food Market in Bairnsdale stocks both Grandpa Baileys and Banksia Fine Food lines, as well as other Gippsland made or grown products.

Store manager Michael Gleeson said they had been struggling to keep the shelves stocked with some specialty lines from Melbourne, along with bottled products and fresh chicken.

However, he said items such as locally processed meat, eggs and fresh vegetables were so far not a problem.

“Generally our deliveries are okay, but it’s slowing down a bit. It may take a day or two later as companies have people out with COVID, they may cut back to three or four days instead of five,” he said.