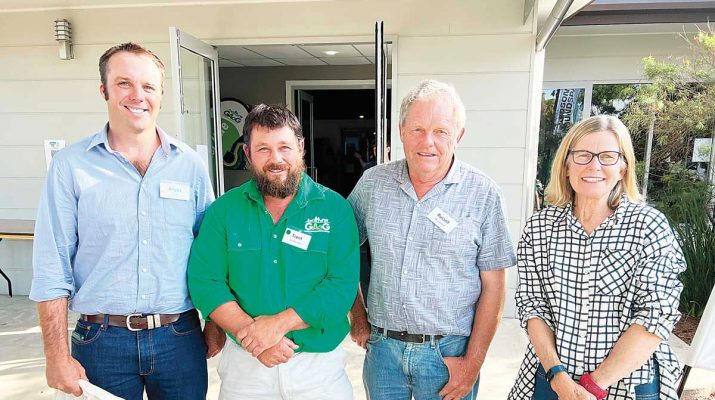 The inaugural Gippsland Red Meat Conference (GRMC) took place on February 15 at the Riviera Convention Centre in Bairnsdale with guests from across the region.

“It was a complete sell-out of the waitlist and it was very well-received by everyone who attended,” Mr Bush said.

“It was an event for beef and sheep meat producers to access up-to-date information about production issues and also about carbon farming, and an update on the carbon neutrality target by 2030. We talked about the advantages of crossbreeding and other issues, it was really quite a diverse program.”

The conference began with the announcement by National Recovery & Resilience Agency Board member Don Heatley, OAM, of the successful funding application from conference hosts Gippsland Agricultural group (GAgG) for its $985,000 Recovery and Resilience Centre.

After that it was down to business with a presentation from former NSW Farmer of the Year, Nigel Kerin, who shared some revelations:

During a dinner after the conference, the 175 guests were joined by the producer of the Network 10 cooking show “Farm to Fork”, Darren Anderson.

“It had a good format where you could choose which speakers you could go listen to talk about stock trading, or another about resilience,” Mr Anderson said.

“Politics and politicians are the biggest challenge,” he said.

“Season is good, prices are good, we don’t have too much trouble at the moment, but you always have to be wary of government policy.”