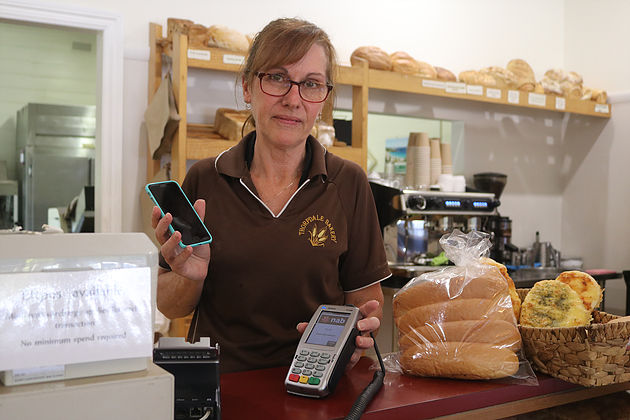 Willow Grove and Thorpedale residents should expect better mobile reception over the next 12 months as new Optus towers are switched on as part of a deal between the telco and the
Victorian Government.

The state government partnered with Optus to co-fund 25 towers across regional Victoria prioritising bushfire-prone areas by working closely with the Emergency Management Commissioner.

A spokesperson for Digital Economy Minister Philip Dalidakis said work at Willow Grove had already started and was expected to go live in April. Optus has not started work on the Thorpdale tower yet but is aiming to switch it on in December.

Both towers will be co-located with NBN. Thorpdale bakery owner Sonja Perrin said mobile reception was patchy in town and she gets no service out of town.

“We used to live two kilometres out of town and could only get an SMS if we stood on the cattle ramp,” Ms Perrin said.

She also has to run her EFTPOS machine through her landline which can keep customers waiting if someone is on the phone.

“We couldn’t get an EFTPOS machine running on a mobile service because it was too spasmodic. When we take a phone order, it can tie-up a customer who wants to pay with EFTPOS,” she said.

“People travelling through, their GPS drops out and they get lost. Some customers have to use our landline to make their calls.”

Last month, the Victorian government dropped out of the Commonwealth mobile black spot program in favour of its own system after claiming that Victoria was short-changed in the federal program.

A list of proposed sites released by the Commonwealth indicated that Victoria was set for 19 of the 125 towers that will be funded under round three of the roll-out.

The state government will use the $11m million it planned to invest in the third round of the Commonwealth program to build new mobile towers.

Mr Dalidakis said the state’s system would choose mobile tower locations based on merit and necessity rather than political interests.

“Malcolm Turnbull continues to choose sites that are in his political interests [and] not the interests of regional Victoria,” he said.

However, the Victorian Farmers Federation has accused the Victorian government of merely shuffling money around rather than announcing new funding commitments.