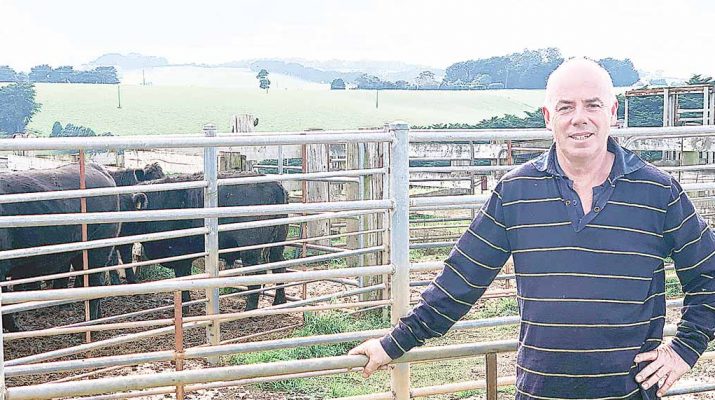 THE state’s peak farming body is urging agricultural societies to beef-up their biosecurity plans ahead of the oncoming show season, in a bid to stop any threats of foot-and-mouth disease.

So far, foot-and-mouth is not in Australia but is in Indonesia, with the Commonwealth rolling out measures at airports for returning travellers to help stop it entering the country.

Mr Harrison said the Commonwealth was “doing a good job” at keeping the disease out, but the situation was “unfolding now on our doorstep”.

He said ag societies could be providing footbaths and hand sanitisers before visitors entered pavilions, while exhibitors should be isolating any animals that leave the property.

“I’m not suggesting animals should be taken out of shows, as there’s no better experience for city kids to see farm animals and we certainly don’t want to take this activity away from shows,” Mr Harrison said.

“I hope everyone can contribute to their local shows as they are an important part of the community.

“However, there is a risk and this has to be taken into account. I’m confident showgrounds have their own biosecurity plans in place..

Ms Gilbert is in the midst of relocating her south Gippsland farm to central Victoria, but has already spent several thousands on preparing her animals for the upcoming show season and entry fees.

She said low line cattle were to be a feature breed at year’s Royal Melbourne, which had been cancelled for the past three years due to COVID.

“These shows are very important, but in the end, I want to come home with my animals, it makes me sick to the stomach if the disease comes here. It’s confronting and scary..

But Victorian Agricultural Shows will be providing local ag societies with guidelines on how to manage their events and mitigate risks – which could include separating spectators from animals.

“We are taking this seriously, we want to keep having animals at shows, but we will be guided by the authorities to make recommendations,” Mr Bowles said.

“Exhibitors want to be assured there is protection before they come as many of these animals are the future generations of breeding.

“We certainly encourage families to go to their local show, our theme this year is beiger and better, people are looking to competing again in the shows.”