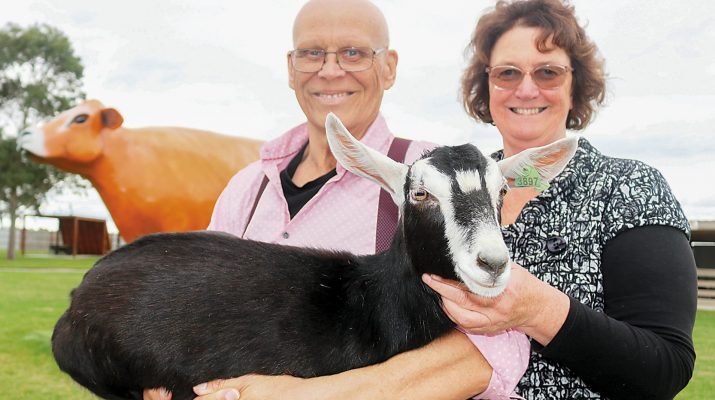 South Gippsland dairy producer Caldermeade Farm is aiming to have a crack of winning another dairy innovation award by launching ice cream made from goat milk.

The farm is in the process of perfecting the recipe for goat milk ice cream, off the back of winning last year’s Dairy Industry Association of Australia innovation award for producing goat milk butter.

Caldermeade sales director Peter Lansley said they had been trialling a light vanilla ice cream to farm café visitors, with the aim of rolling the product out ready for next summer.

He said they were looking at potentially distributing the ice cream through independent groceries, but had enjoyed record trade over Easter capturing Melbourne tourists on their way to Phillip Island.

“The ice cream was well accepted, it’s all about getting people to try it. I’d love a goat soft serve as a niche product as well,” Mr Lansley said.

“People’s perception of fresh goat dairy is different to what it is, it’s very clean flavoured and relatively lighter then cow’s milk. When people visit our farm café, they can see where their food comes from with basic ingredients and fresh products.”

Mr Lansley said they began developing goat milk butter after seeing it in Europe, and he believed this was the only one of its kind being produced in Australia.

He said the butter was filling a niche in the Australian market while enabling the farm to find new products for the milk produced from its goats.

Caldermeade Farm was taken over by ex-Kiwi goat farmers John Gommans and Penny Gandar about 15 years ago.

They now operate across several properties creating a range of dairy produce from a herd of jersey cows, sheep and goats in Catani, Trafalgar and Yarragon.

Mr Lansley said goat diary has been steadily growing in Australia, mainly off the back of goat milk cheese which was becoming more of a staple in café culture.

He said goat’s milk is also naturally A2, so it was great for people with digestion issues. 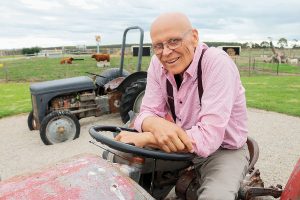 “We looked at Lurpak, we wanted something unique as people are moving away from margarine. Goat milk is a bit niche here, we needed to find a fresh market in Australia,” he said.

“Goat butter has a low melting point and works well when you bake with it especially for things like shortbread, it gives it a white finish.”