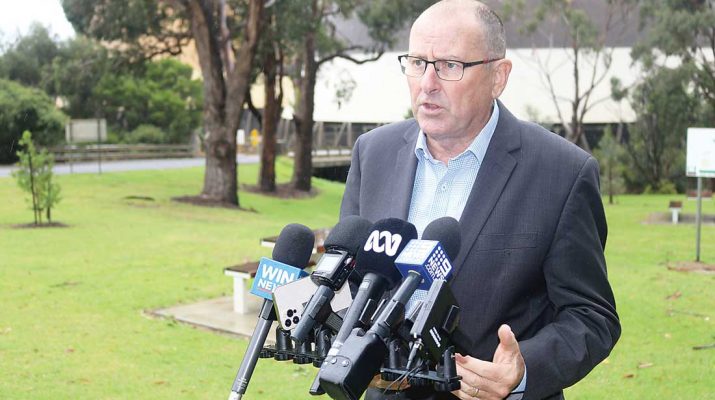 By Philip Hopkins
The state government deceived the inquiry to modernise the Regional Forest Agreements and ignored its obligations to the native timber industry under the RFAs, according to the State Opposition spokesman on forestry, Gary Blackwood.

Mr Blackwood, the Member for Narracan, said the government decided to close the native forest industry in early 2018 before the RFA process even began in early 2019.

“Their decision has no scientific basis and was made purely on political grounds as the timing of the decision uncovered by Wellington Shire’s Freedom of Information request clearly indicates,” he said.

“The decision taken prior to the 2018 election was deliberately made at that time to appease the Greens Party and activists and lock in their preferences before the 2018 election.” The government’s decision to “exit” the native forest industry by 2030 was revealed in The Weekly Times in April.

The Weekly Times reported that Wellington Shire, after more than two years of requests and appeals, showed that the Premier opted for the 2030 phase-out in a two-page briefing paper that he signed on April 9, 2018, titled Native Forestry Industry Transition Approach.

The forest plan to transition the industry to plantations was announced on November 6, 2019.

Mr Blackwood said the closure decision was clearly made before the RFA process began in early 2019. Subsequently, the Andrews government also paid no regard to their obligations under the RFA.

“The Andrews government continues to lie when it claims the RFA supports the closure of the native forest industry,” he said.

The modernised RFA documents clearly stated that the purpose and objectives of the RFA remain unchanged – to balance environmental, economic and social uses and values of key forest regions.

Along with ecologically sustainable forest management and an extensive conservation reserve system, a core aim of the RFAs was a commitment to enhance timber industry employment and development.

This included 20 years’ certainty of access to forest resources, an emphasis on downstream processing, support for innovative and internationally competitive forest products that are economically sustainable and provide social and economic benefits.

Mr Blackwood said there was no specific recommendation in the updated RFAs to close the Victorian native forest industry.

Even the RFA scientific advisory panel, which included anti-forest academic David Lindenmayer, only acknowledged uncertainties about future wood supply due to climate change and fire. This precluded commitments to fixed long-term wood availability.

“The Andrews government have no scientific basis for closing the industry. The native forest industry and threatened species have coexisted for over a hundred years and current numbers and sightings do not justify destroying a legitimate industry and the futures of hard-working timber families,” he said.

Mr Blackwood pointed out that the independent report on the modernised RFA agreements was published in December 2019 – one month after the Andrews government announced the unilateral closure of the industry.

The modernised RFAs were signed by the state and federal governments in March 2020.

One timber industry source said the federal government was forced to sign because otherwise, the native forest industry would not have had the protection that the RFAs give it under the EPBC Act (Environment Protection and Biodiversity Conservation Act 1999).

Mr Blackwood said the new federal Labor government must use the RFAs to bring Victoria and Western Australia back into line with their obligations under their respective RFAs and give this sustainable industry a secure future.

“Both State Labor governments have acted totally irresponsibly by ignoring the impact of their decisions on the economy of regional towns, the domestic supply of hardwood timber to the construction industry and the devastation imposed on the environment of other countries who will increase harvesting to meet international demand with no intention of replanting,” he said.