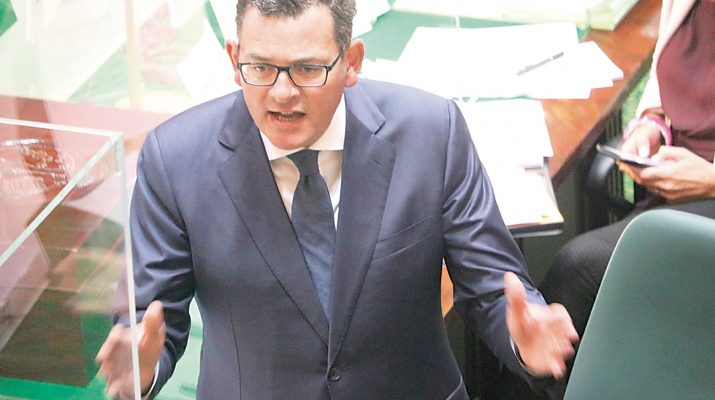 Member for Narracan Gary Blackwood, who is the Opposition spokesman on forestry, questioned Mr Andrews in Parliament just before Easter.

“In 2019 the Premier announced that the Victorian native forest industry would end by 2030 as outlined in the Victorian Forestry Plan. That plan committed to maintaining the industry at 2019 harvesting levels, gradually reducing from 2024–25,” he said.

“Will the Premier confirm that the Victorian Forestry Plan remains the policy of his government?”

Mr Blackwood noted the Premier’s answer, and queried whether he would now instruct the minister for environment and climate change (Ms D’Ambrosio) to ensure that “the minister, her staff and her departmental bureaucrats are obliged to act in accordance with his government’s policy and that they will no longer be tolerated in doing everything they can to frustrate the operations of the native timber industry in Victoria?”

Mr Andrews, noting the hesitation of the Speaker, said he was not entirely sure that the question was in order.

“But in any event, I understand that the Member for Narracan has been a long-term and passionate advocate on behalf of this industry, and I acknowledge that,” he said.

“But I would just respectfully say to him that I do not think he has fairly characterised the work that the minister for the environment, climate change.”

Mr Andrews chipped back: “If I might say to the former leader of the former National Party represented in this place, I was not addressing him; I was speaking to the Member for Narracan.

Mr Andrews said he again acknowledged the passionate advocacy that Mr Blackwood brings to this issue.

“I am not looking for a quarrel with him, but I must say this: I cannot concur with the way he has characterised the work of the minister as referenced in his question,” he said.

Mr Blackwood said as a point of order, the question was relevant.

“It is not about my character, it is about the 24 timber industry people in the gallery who are facing no job prospects because this minister is not acting like she should,” he said.

The Speaker called “Order!” and instructed Mr Blackwood to resume his seat.

“He knows that is not a point of order.”

Mr Andrews concluded: “As I was saying, I do not accept the way that the member has characterised the work of the outstanding minister for environment and climate change.”