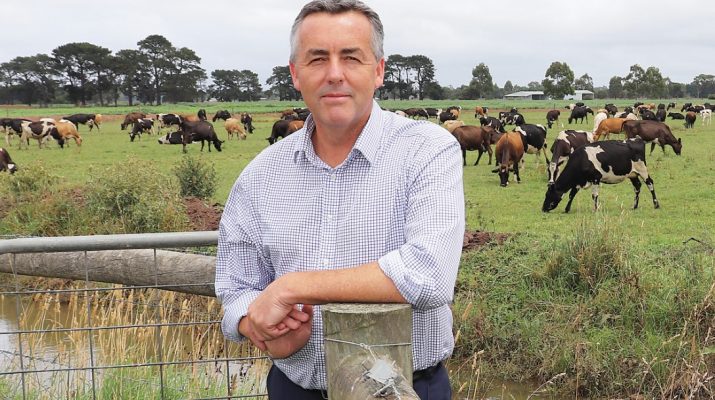 Australia goes to the polls on Saturday, May 18 and voters in the seats of Gippsland and Monash both have full cards to select their preferred candidates from.

Seven candidates have nominated to contest each of the two federal divisions covering the region despite both being considered safe seats by the Australian Electoral Commission.

National Party member Darren Chester has held Gippsland since 2008 and the Liberal member for Monash, Russell Broadbent was first elected to Federal Parliament in 1990 although he has not sat continuously.

Mr Chester secured 56.34 per cent of first preference votes in the 2016 election and had 68.43 per cent of the two-candidate preferred vote compared to Labor candidate Shashi Bhatti’s 31.57 per cent.

The Australian Electoral Commission classifies seats as “safe” when the two-candidate preferred figure is more than 60 percent and as “fairly safe” when the figure is between 56 and 60 per cent.

Monash is classified as “fairly safe” with Mr Broadbent achieving 56.03 per cent of the two-candidate preferred vote in the last election when the seat was named McMillan.

The boundaries for both seats changed in last year’s redistribution.

The division of Gippsland covers an area of 33,182 square kilometres and now consists of the East Gippsland and Wellington shires, part of Baw Baw Shire, part of Latrobe City and the unincorporated area of Gabo Island.

Monash is much smaller at 8879 square kilometres and takes in the Bass Coast and South Gippsland shires, parts of Latrobe City, Baw Baw and Cardinia shires, as well as the unincorporated area of Mount Baw Baw Alpine Resort.

The boundary changes resulted in the transfer of more than 16,600 voters from Monash into neighbouring electorates, including the seat of Latrobe, making Monash a more rural-based electorate. About 975 voters in the Yallourn North and Newborough area were absorbed into the division of Gippsland.

The sitting member for Gippsland Darren Chester is also deputy Leader of the House, Minister assisting the Prime Minister for the Centenary of Anzac, Minister for Defence Personnel and Minister for Veterans’ Affairs.

The seat, established for the 1901 election, is named for Sir George Gipps who was Governor of NSW when the region was named Gippsland in March, 1840. The National Party and previously the Australian Country Party have had a stronghold on the seat as far back as 1943.

Monash, previously known as McMillan, honours Sir John Monash, one of the foremost Allied military commanders of the First World War and recognised for his outstanding contributions to the community. It was renamed last year due to the involvement of namesake, Angus McMillan in mass Indigenous killings across Gippsland.

The election has created a temporary jobs boom with the AEC expecting to employ almost 700 polling officials in the division of Monash and 627 in Gippsland.

Polling booths will be open from 8.30am until 6pm on election day, Saturday, May 18. For further information about voting, including applying for a postal vote, visit aec.gov.au/election/voting.htm#voting.