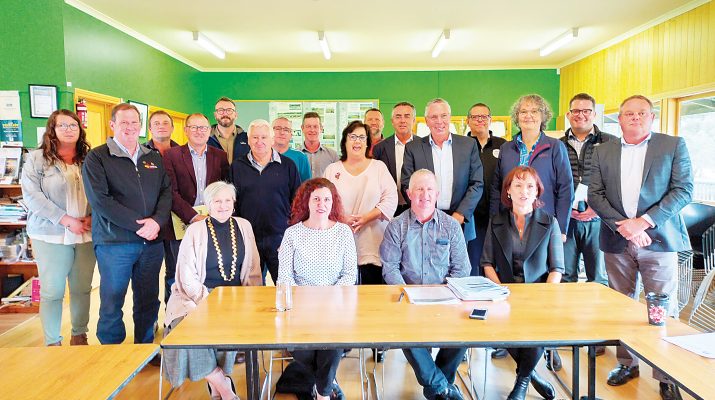 Gippsland timber industry representatives were doubling down on calls for the state government to back off on plans to phase out native forestry at a meeting in Heyfield last month.

The group raised concerns on the state government’s plans to end native forestry by 2030, and the impacts on Gippsland communities.

“It stops us importing timber from countries throughout Asia and through to West Africa, where they’re going in and just decimating virgin rainforest and decimating forests of all types in an unsustainable and renewable way,” Cr Harriman said.

“This is an industry that’s been going for 170 years plus, in this region. It’s got a huge history, we’re talking about the fourth and fifth generation that are harvesting trees their grandparents and great grandparents planted.”

Victorian Association of Forest Industries figures state there were 5651 jobs in the timber and forestry industry in Gippsland in 2019.

Wellington Shire councillor Carolyn Crossley said the legislation would have a “devastating impact” on the shire’s sophisticated industries – particularly in Heyfield.

“The transition organisation has been talking to us about how they’re going to have criteria for supporting the industry to transition to other areas in the workforce, and revise what Heyfield is,” Cr Crossley said.

“But they haven’t even got the criteria and we won’t have it for another couple of years.”

Nationals Member for Eastern Victoria Melina Bath described the state government’s promise to replace native timber with $110 million in plantations as a “complete and utter Furphy”.

“It doesn’t exist, there has not been any more net seedlings in the ground, land occupied by plantation timber than prior to the announcement in 2017,” Ms Bath
said.

She also pointed the role that harvesters played in helping to protect towns in bushfires.

“When you take those people out of the industry, civil contractors will not be able to replace the skills, expertise or machinery to save our towns.

“So you’re actually being counterproductive in relation to saving the environment.”

On the same day as the Timber Towns meeting in Heyfield, the state government announced a further nine towns would receive transition funding – but none in Gippsland.
Agriculture Minister Mary-Anne Thomas said that the grants would “provide real opportunities for a diverse range of communities to transition away from a native timber industry and to identify new opportunities”.

“We are supporting businesses and local communities to take control of their future, seek new opportunities and create more jobs,” she said.