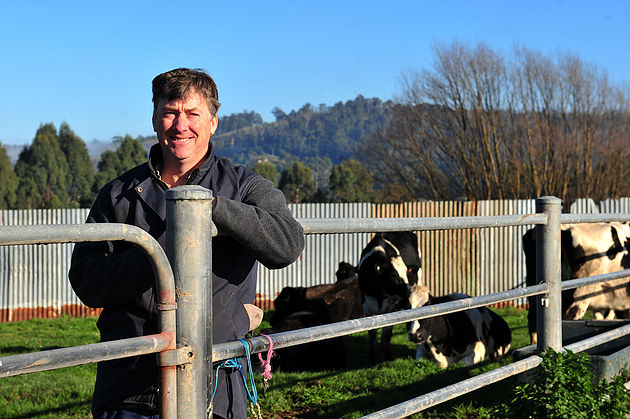 “You get involved in these things because it’s bigger than you, but it benefits your industry.”
Those were the words of recently-elected United Dairyfarmers of Victoria Boolara representative Matt Gleeson.

The fifth generation dairy farmer runs 600 milking cows on his dairy in Boolara where he has actively been farming for almost 20 years.

“It’s about trying to promote the industry in which you work for the greater good,” he said.

“But I think if you can bring some certainty to the industry… if you can manage or limit some of the variables it should make it more predictable.

“We’re not going to change the weather, but we can influence how we react to the weather and soften some of the blows.”

Mr Gleeson said there were many concerns and challenges for the dairy industry into the future.

“It is a changing environment from the internal side and there are also pressures externally, such as the welfare of animals, custodianship of the land… encroaching residential areas, and right to farm,” he said.

“ABS statistics that came out recently say the average age of dairy farmers have gone up. What does that mean for the industry… and how do we change that or open up opportunities so that people can come into the industry?

“Technology may change the workforce but robotic dairy might extend longevity for a dairy farmer.

“There are all of these things that have been happening that we need to respond do.”

Mr Gleeson said there was a need to recognise that dairy was a business, not just a vocation.

“It doesn’t take long to lose a dollar, but it does take long time to earn it back and that is the challenge moving forward,” he said.

“It takes a while to recover financially and emotionally.

“Opening prices are positive, but it is what we get paid for the closing price which is important.

“It has been fortunate that beef and lamb prices have been so strong, so that dairy farmers have made culls of their animals or chose to offload animals that the prices have been favourable.”

Mr Gleeson said the UDV was a “good spot” for farmers to connect and discuss issues pertinent to them.

“Collective action and the ability to get together and talk first before they go further is positive. Not everything can get addressed, but it is about funneling it down to the key points and having that discussion without the emotion,” he said.