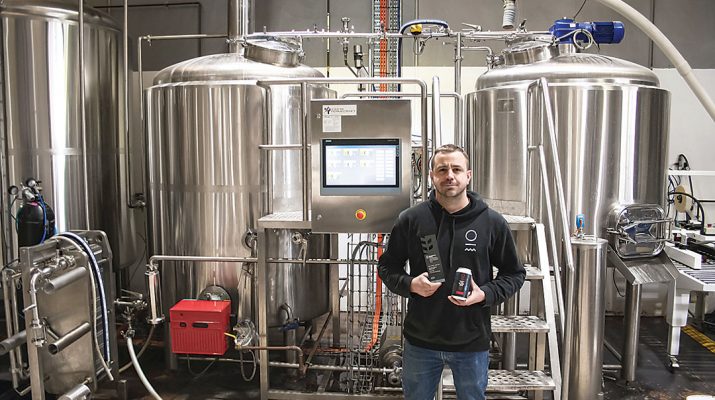 Gippsland held its own at the 2022 Australian and International Beer Awards bringing home 17 medals, including a major trophy, three golds, 12 silvers and two bronzes.

AIBA is the world’s largest annual beer competition, with 2634 entries from 355 breweries across the globe this year.

Locally Ocean Reach Brewing, Cowes took out a major trophy in the Best Amber/Dark Ale section for their Journey Home Black IPA, with the judges regarding this beer as the best Amber/Dark Ale at the time in Australia.

Ocean Reach Brewing head brewer Simon Bismire said that beer is brewed using roasted wheat to achieve the dark colour, but without adding too much astringency, as you would expect in a stout.

“You pick it up and expect to drink a thick, roasty dark beer, but what you’re drinking is more in line with an IPA that embodies fresh hop aromas and citrus flavours,” Mr Bismire told Gippsland Farmer.

“It’s one of those beers that can confuse the senses with its medium body and smooth mouthfeel. The beer is heavily dry-hopped like a typical West Coast IPA, but this Black IPA is rounded out by a hit of citrus followed by floral and earthy notes.

“And as you laze into the inky darkness of this black IPA, there’s subtle notes of roasted chocolate and coffee.”

Journey Home Black IPA was not the only Ocean Reach beer to take out a gold medal, with the brewery’s Pale Ale, in a can, taking out the Best International Style Pale Ale, American style

For those wanting to try these gold medal-winning beers from Ocean Reach Brewing, you can purchase them from their taproom or online at oceanreach.beer. But Ocean Reach Brewing was not the only Gippsland brewery to take a gold medal at the AIBA, with Good Land Brewing Co, Traralgon, winning one for their Le Fluide Farmhouse in a can.

Korumburra’s Burra Brewing took out a silver medal in the Best Australian Style Pale Ale for their Burra Pale Ale, in a can, with Warragul brewery Bandolier Brewing taking out one for their Blonde Fairytale, Belgian/French Style Ale.

You can find a complete list of winners of the Australian International Beer Awards at www.melbourneroyal.com.au/results.