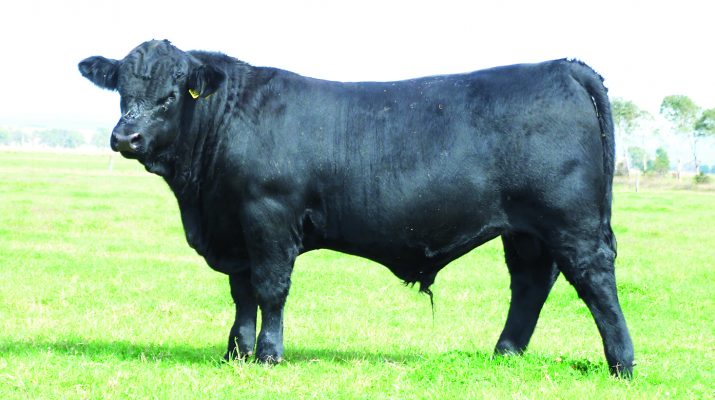 Heyfield stud Innesdale Angus is feeling the pinch of the drought and has de-stocked herd numbers, expecting to be out of water by the end of the month.

The property farms on both dry land and irrigated pastures on which it reduced cow numbers by 10 per cent and is preparing to wean calves at the end of February to prepare for dire conditions.

Stud principal Geoff McInnes said they were running a quarter fewer heifers on their dry paddocks north of Heyfield and hand-feeding twice a week.

“It has gotten so dry, even the kangaroos have left,” Mr McInnes said.

“The heifers are in light condition but remarkably healthy and will bounce back when it rains. It amazes us how well they do on native pastures when they have so little to eat.”

Mr McInnes said while most farmers can weather extended dry spells with fodder reserves, agistment or reducing stock, the past 12 months had been more severe and widespread than the millennial drought.

He said good female genetics would be hard to find when the season changed, partly due to exports into countries such as Kazakhstan, which demands quality, disease-free Australian stock. “The biggest loss I see is the number of high quality genetic females that have been bred up over a long period that were sold off quickly as the season deteriorated,” he said.

“A lot of these pure-bred heifers were slaughtered when they could have been sold for export at a much higher rate. There are still current orders for 300 kilogram Angus heifers for $1000.”

He said agents at recent sales in the western district had commented how well calves had weighed in a tough season.

Mr McInnes said top weights sat at about 360 to 380 kilograms, up from 20 years ago when they were at 300 kilograms. These days 300 kilograms is at the lower end.

“The genetic make up of all beef herds has come a long way in this period. We, as breeders, will always strive to get premiums for our clients who breed better stock,” he said.

He said there were now more than 50 branded beef products using Angus genetics which had created premiums for commercial producers, along with export demand that would get stronger.

“The challenge we all face is to help each other get through this current dry spell,” Mr McInnes said.