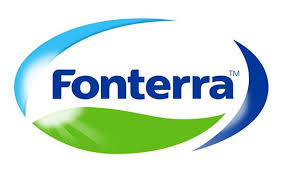 A Gippsland dairy farmer has welcomed Fonterra’s step up announcement to open farmgate milk prices at $5.50 per kilogram of milk solids, acknowledging it will allow him to “catch up” following a rough two years.

South Gippsland dairy farmer Paul Mumford said Fonterra’s announcement to increase the average price of milk per kgMS by 20 cents was pleasing news for dairy farmers across the region.

“For most dairy farmers, including myself, it’s going to be a game of catch-up following on from two poor performing years,” Mr Mumford, who has been dairying for 28 years, said.

“This announcement has added additional comfort to our budget for this financial year and again will allow farmers to recoup some of the losses over the last two years.”

Mr Mumford, who operates two dairy properties at Won Wron comprising about 800 acres, said the increased offer would add $50,000 to his bottom line.

“This will now allow us to realise a potential profit per cow of $800 to $850 for this financial year after farm working costs,” Mr Mumford, who supplies to Fonterra, said.

“It’s going to allow me to have discretionary expenditure on repairs and maintenance which was completely cut from the previous two budgets.

“More importantly, it will allow me to prepare for the future.”

It follows a commitment from Murray Goulburn in June who announced a full year forecast of $5.20 to $5.40 with an opening price of $4.70 per kgMS.

United Dairyfarmers of Victoria President Adam Jenkins welcomed Fonterra’s “timely announcement” acknowledging it would add a “little bit of stability” to the industry.

Mr Jenkins said the announcement would strengthen farmgate competition and allow farmers an opportunity to get some “good cash flow” in the next 12 months.

“We’ve had a number of companies start to step up as milk has become in demand for new plans and products the dairy industry is putting into the market,” Mr Jenkins said.

“To put that in context, a majority of dairy farmer herds have been reduced over the last 12 months so the Victorian milk pool is about eight per cent below the normal average.

“Therefore companies don’t have the steady access to milk that they’ve had over previous years.”

While dairy farmer confidence has been at an all time low according to Mr Jenkins, he said the announcement would hopefully inject some trust and confidence back into the industry.

“The opening prices last year were between $4.30 to $4.80 so therefore there’s nearly a $1.20 difference for the opening farm gate price this year,” Mr Jenkins said.

“That is important not only for farm businesses but rural businesses and towns who rely on the dairy industry… it’s bloody good news.”