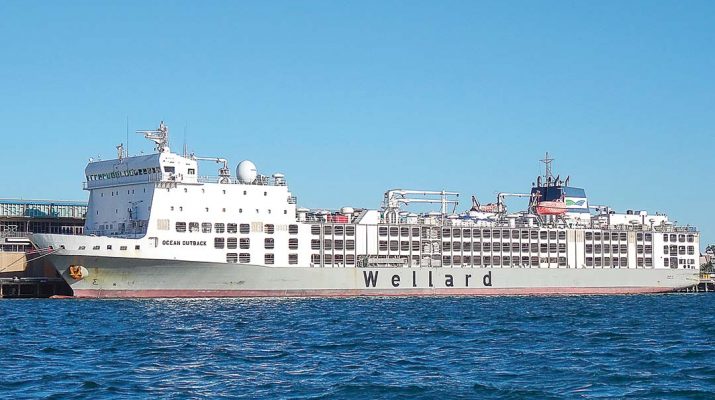 Gippsland sheep producers could be facing a glut in local markets if the federal government’s plans to end live sheep export go ahead.

Victorian Farmers Federation livestock president and East Gippsland sheep producer Steve Harrison said stopping exports out of Western Australia would have a flow-on effect into Victoria.
“It certainly would and I can’t emphasise this enough,” Mr Harrison said.

“If, or when, it does get banned a large majority of stock from WA originally destined for export will make their way to the eastern states for processing. This is a given.

“This extra stock coming into Victoria will put pressure on our prices as producers.”

The new federal Labor government had made a vague commitment to phase out the $136 million industry in consultation with farmers and the West Australian government, but has set no timeline.

Western Australia accounts for the majority of the country’s live sheep exports, and sent one million live sheep mostly to Kuwait, Qatar and Jordan in 2019.

The Middle East also purchases Australian frozen or chilled sheep meat, with a substantial growth in the export of chilled lamb in the past decade.

But Mr Harrison said there was still a “clear advantage” for producers to sell their stock on the live export market.

“Exporting animals also means more capacity to sell animals domestically. Everyone is working hard to maintain good prices and this is why we can’t afford to lose exports markets,” he said.

“If we did, sheep bred in WA would come here even with high transport costs and this would be on going as it’s more economical to get them processed here.”

Mr Harrison pointed to the industry’s welfare standards which are regulated with transport density limits in place and standards in international abattoirs. Shipments of sheep to the Middle East have been stopped during the hottest periods of the northern hemisphere summer.

“The industry has cleaned up a lot, there has not been a welfare concern on a boat in a number of years,” he told Gippsland Farmer.

National Farmers’ Federation president Fiona Simson accused Labor of being “beholden to a small, uninformed minority made up of radicals who invade farms and steal animals”.

“It sends a shiver down the spine of all farmers about the precedent it sets. If live sheep exports can be so easily be written off, what’s next?” Ms Simson said.

“It’s industry who Labor should listen to when it comes to the welfare of farm animals, not city-based minority radicals.”