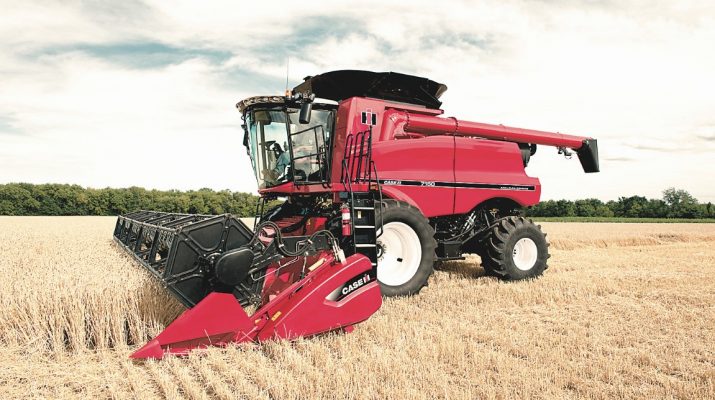 Australian farmers will have their chance to own a piece of Case IH heritage-inspired machinery, which will be launched at the Wimmera Machinery Field Days early next month.

The limited-edition Case IH Axial-Flow 150 Series combine is a celebration of the company’s heritage.

The combine features a heritage-inspired paint scheme with the traditional IH white roof and rims as well as side-panel decals reminiscent of the first Axial-Flow, introduced 40 years ago.

The special-edition Axial-Flow was announced in the USA last July and received interest among long-time followers of the combine.

Case IH hay and harvest product manager Tim Slater said the idea was a tribute to the make’s history by presenting an Axial-Flow in the 40th anniversary colours at AgQuip 2017.

He said it had a great response from visitors to the Case IH site.

“The uptake on social media and the feedback it created was amazing,” he said.

He said social media interest really took off once the photos of the machine at AgQuip started to circulate. “So, due to such strong interest it was thrown out there as a global idea and now it’s being rolled out on combines in the US and here,” Mr Slater said.

It’s really gratifying to know that an idea we had down here in Australia has had such an impact. It also shows that while Australia and New Zealand may be smaller markets on the global scale, we have a strong influence when it comes to product development and releases.”

Some of the key features include a cross-flow cleaning system featuring side hill compensation and industry-leading clean out.

There is a two-speed electric shift transmission designed to use first gear for harvesting and second gear for roading. I also provides increased propulsion and improved tractive effort for difficult field conditions, improving performance when needed.

“Many farmers will find it suits their needs perfectly because of its productivity enhancements, price and flexibility,” he said.