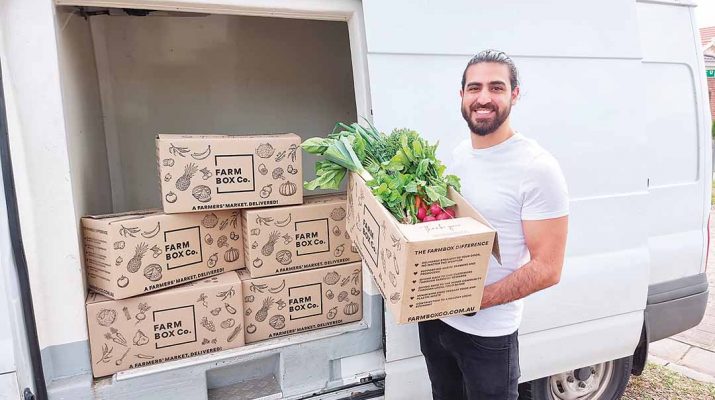 A Morwell-based locally-grown food distributor is among 273 Gippsland businesses, groups, and community members calling on the federal government to tackle climate change.

Farm Box started up two years ago amid the pandemic supplying Gippsland produce to people stuck in lockdown.

The business distributes fresh fruit and vegetables, and an array of locally-made produce throughout Victoria, working out of a distribution warehouse in Morwell.

Co-owner Basil Aridi said he signed on to the open letter to call for governments to take a stronger action on climate change, while looking after workers in the Latrobe Valley.

“By ignoring what’s happening with climate change, things won’t get any better. We’ve seen bushfires, floods and biodiversity decline, these are not good for anyone,” Mr Aridi said.

“We have to change. Now is the time for the federal representatives and candidates to back this. We also need to support workers with an appropriate plan in place to look at transition.”

The open letter backed by Environment Victoria is calling for the federal government to replace fossil fuels with clean energy, while supporting the south-eastern region to adapt and thrive.

It is calling for the feds to commit to stronger emissions targets by 2030 and contribute significant funding to the Latrobe Valley Authority.

Farm Box has since grown from being listed as an essential service during lockdown, with continued support from customers across Victoria interested in sourcing Gippsland procured produce.

Mr Aridi said they were working closely with Morwell veggie growers Verduci Market Gardens, and have now expanded into a warehouse on Commercial Road.

“Morwell is a prime location, it’s easier for suppliers to reach us and it has access to the freeway to Melbourne,” he said. “Now, two years after lockdowns, people are looking to continue their support for local farmers. This is premium produce. It’s different and it’s better.”